We will not be producing a pen show in 2023 and we wanted to let everyone know why.

It is due to the terms now being offered by hotels. Post-COVID, there has been a tremendous increase in travel, resulting in increased demand for hotel rooms.  In addition, because many people had postponed weddings during COVID, there is now exceptional demand for hotel event space for wedding receptions.  As a result, the hotel chain that the pen show has dealt with for 30 years has raised their rates. These increases are not simply to account for inflation. The fees our previous hotel partner now demands are many multiples of what their fees for event space have been in the past for the show. Other hotel chains are charging similar or even substantially higher rates. At the amounts we think are reasonable for the show to charge for exhibitor table rental and show admission, these hotel charges could result in the show running at a loss.

In addition, in the past the show has contracted with the hotel for a block of rooms at a reduced rate for show attendees, with the show paying a reasonable penalty if the rooms in the block were not all booked.  The hotel now wants the show to pay the full price for any rooms that remain unsold in the room block.  This demand adds an unacceptable level of financial risk.

In short, the hotel business model has changed, going from one where the show would fill hotel rooms for the hotel and in return the show would get event space at a reasonable rate, with both parties sharing the risk, to one that can best be described as the show producer assumes all the risk and the hotel gets most of the income.

Note that the The Los Angeles International Pen Show has not been sold to any third party and any statements to that effect are untrue. 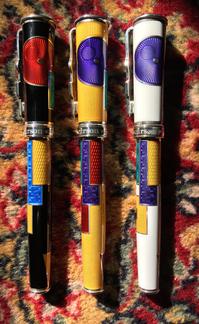 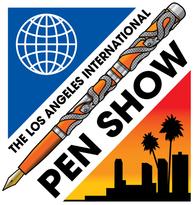